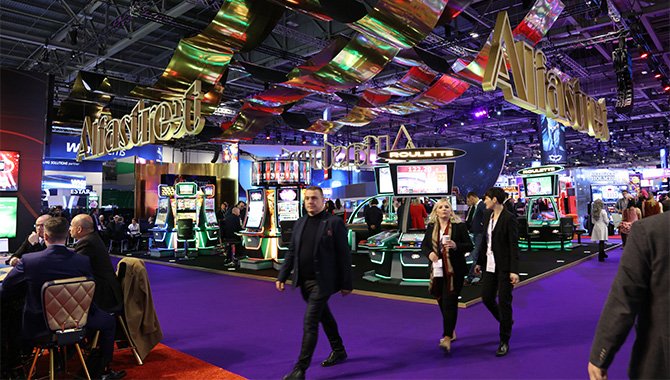 After a two year gap the annual three day ICE London event was back.  This is my report on attending this years event.

On the whole, the event was toned down since it last ran in 2019.

It looked like the majority of the exhibitors were iGaming solution providers and I found it difficult to differentiate between their offerings except for TVBET who offer live games. Their single deck blackjack offering was an eye-opener.

A few big Asian solution providers such as Taiwan based AE Group did not hold back in their stands marketing budget and held daily lavish Mayfair after event parties in a bid to break into the European market.  I will not be surprised if they take over the main sponsorship of the event from Betconstruct in the next couple of years.

Esport was the new kid on the block at ICE and was making huge waves with traditional operators such as SIS seeming to be going all in on it.

Fiat-crypto-fiat business wallet solutions for gaming/gambling looked like they had the second largest presence at ICE.  Some providers such as Bankera and Vialet have a flat fee business model (circa 200-300 euros/month) and others such as BVNK and Bitpace use a commission based model (circa 0.5-1% per conversion).

The main event gossip was that fixed odds will eventually dominate over pari-mutuel as horse racing becomes more main stream in the US.  Other gossip topics where that sports markets have generally become so efficient that many trading groups/syndicates are now resorting to selling their numbers rather than trading them and in effect becoming data providers.  The consensus was that horse racing remains largely unexploited/inefficient especially in-running with operators such as Pinnacle now beginning to move into the space with their recently launched horse racing product.

So in summary, the biggest opportunities seem to lay in Esport and in-running horse racing but it may not last forever.

Manage Cookie Consent
To provide the best experiences, we use technologies like cookies to store and/or access device information. Consenting to these technologies will allow us to process data such as browsing behaviour or unique IDs on this site. Not consenting or withdrawing consent, may adversely affect certain features and functions.
Manage options Manage services Manage vendors Read more about these purposes
View preferences
{title} {title} {title}
Skip to toolbar