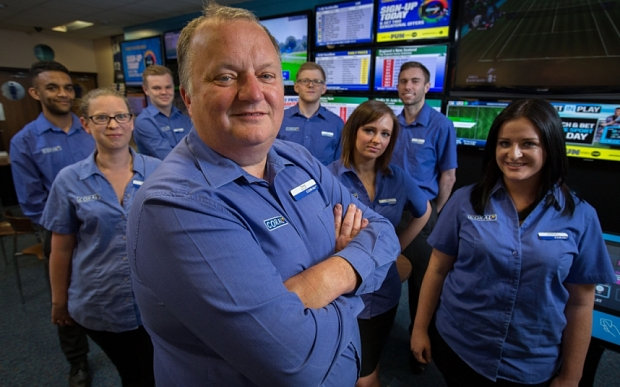 In an era of high street and online gambling, the three-part documentary series Britain at the Bookies gives us an insight of this industry, lifting the lid on the highs and lows of one of British public’s most popular pastimes.

The series, debuted on BBC1 on Monday, 20th July, aims to show us the ‘behind the scenes’ of one of the UK’s biggest bookmakers, Coral, exploring how this industry works and following customers whose betting makes the business run. The first episode aired only a few days before the long expected merger between Ladbrokes and Gala Coral was confirmed, creating even more interest around the TV series and the whole betting industry.

Britain at the Bookies focuses on customers and staff’s daily tribulations and incidents of Coral shop in Huddersfield, West Yorkshire, managed by Tony Kendall, who relies on his daughter’s help (Siobhan) to turn around the fortunes of the Cherrytree branch. However, unlike her enthusiastic father, Siobhan is far less keen about this business and she is not convinced to go to the other shop as it has a bad reputation for disruptive and frequently violent punters.

The show splits between the branch in Huddersfield and Coral’s East London HQ, where the lid is lifted on the company’s marketing ways of luring punters as well as on the tricky matter of setting odds for novelty events such as the name of the Royal baby and the winner of reality TV shows like Strictly Come Dancing.

Take a look below to watch episode 1 preview: (Video taken from the BBC1 Youtube Channel:

Over three episodes, The Bookies will take a revealing look at an industry that attracts around eight million people each year, capturing highs and lows of a business that doesn’t seem to lose its appeal despite having to face competition, tighter regulations and higher tax bills.

In fact, despite the increasing public concern about the dangers of betting, it is part of British life; more and more people enjoy online gaming nowadays and competition between big betting companies opening new shops is getting stronger and stronger.

The business has bloomed over the last ten years and the strategic merger between Ladbrokes and Coral to create a £2.3 billion betting shop operator is an indicator of how this market is going.

We’ll have to follow the remaining two episodes of the series to maybe be able to understand why the betting industry is so successful and have a better perspective on how it works.

Manage Cookie Consent
To provide the best experiences, we use technologies like cookies to store and/or access device information. Consenting to these technologies will allow us to process data such as browsing behaviour or unique IDs on this site. Not consenting or withdrawing consent, may adversely affect certain features and functions.
Manage options Manage services Manage vendors Read more about these purposes
View preferences
{title} {title} {title}
Skip to toolbar