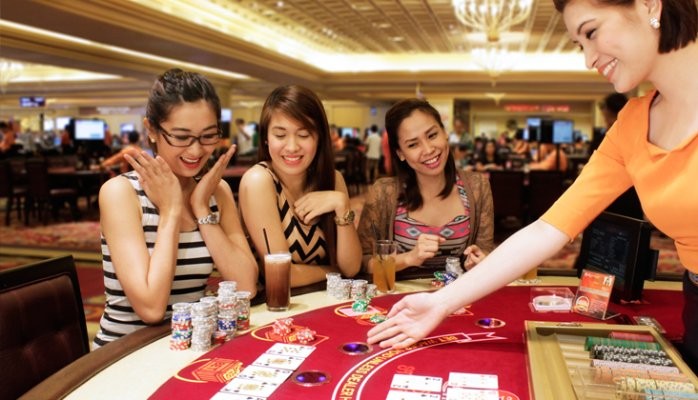 When it comes to gambling, there are 2 sides in which Asian families stand. One side holds the stance that gambling is bad, the other side fully embracing it as part of the culture. My parents were on the latter and met because of a good old game known as Poker. As fate would have it, they got married and I was their first born.

So with this said, I thought I’d share a few interesting facts about the major Asian Gambling Markets (APAC), being that it’s in my blood and all. 🙂

“Currently, Chinaâ€™s Tencent will have an estimated 13 percent of the global $99 billion game business in 2016 with lots of room for major growth in the future of the industry. ”

157M spend money on games (payer-to-player ratio of 35%, which is below the 40% average of Asia Pacific)

Since 2012, the Chinese mobile market has grown by over $2BN annually.

Two-thirds Macau gambling revenues come from junket operators that bring VIP clients, mainly from China. Chinaâ€™s crackdown on VIP junket operators catering to the mainlandâ€™s wealthy has led to the severe downturn. Revenues for 2015 totaled just over $28 million, a 38 percent drop in only 24 months.

“Opinions among Taiwanâ€™s residents are mixed when it comes to gambling, which is one reason why the government is acting extremely cautiously in moving forward. The other predominant factor is determining if tourism will increase with gambling venues. Taiwan possibly legalizing gambling is an important development due to its potential impact on Macau.”

Gambling in Taiwan is regulated by strict laws

You can bet on the Taiwan Sports Lottery, the only source for legally betting sports but odds arenâ€™t on par with their online offerings so bettors prefer online gambling websites that offer Mahjong, baccarat, slots, Chinese chess, sports, casino and in-play gaming, and much better odds.

“I think HK is a good market for soft launch of apps or games that want to go international. It is a small market in terms of population and therefore it gives you quick feedback. Smartphone and mobile internet penetration is also very high. Most people are also bilingual so you can get away with just having the English version for certain apps and games, and can then decide to localize it fully after you get satisfactory metrics.”

Most of the gambling in Hong Kong is said to occur online, although there are a lot of land based options as well, both legal and otherwise.

Mahjong is allowed to operate for RMG & 60+ mahjong clubs in operation in Hong Kong and they are licensed and regulated.

Unlucky Numbers in Hong Kong include 1, 4 and 7.

Expected ARPU for HK social casino $1.09 on desktop. Double that for mobile iOS $2.15

Founded in 1884, The Hong Kong Jockey Club is a horse racing operator and Hong Kong’s largest community benefactor, operating as a not-for-profit organisation.

It holds a government-granted monopoly in providing pari-mutuel betting on horse racing, the Mark Six lottery, and fixed odds betting on overseas football events. The organisation is the largest taxpayer in Hong Kong, as well as the largest community benefactor. The HK Jockey Charities Trust donated a record HK$3.6 billion in 2014 to support the different needs of the society and contribute to the betterment of Hong Kong. The Club also proactively identifies, funds and develops projects which anticipate and address social issues and pressing needs in Hong Kong. The Hong Kong Jockey Club also provides dining, social, sport and recreation facilities to its approximately 23,000 members.

Two distinct regions for gambling purposes: 1. State-owned Philippine Amusement and Gaming Corporation (PAGCOR), which operates all land-based and online casinos, bingo, sports betting, and betting establishments and is the sole authorized gambling operator in the country. Online casinos with the PAGCOR stamp are considered to be safe for players since that means that the casino has been verified and it operates within the law. 2. Cagayan Freeport, which is the only region in the Philippines that is not under PAGCOR monopoly

For companies looking to set up a gambling company in Asia, the Philippines is a very valuable gaming license to hold. The Philippine gaming industry is one of Asia’s most freewheeling, attracting scores of online foreign companies over the last decade to set up servers aimed at overseas punters, and has lured investments of billions of dollars in casino resorts.

According to Asia Gaming Brief, the Philippines is expected to be the fastest growing gaming jurisdiction in Asia, with the total size of the market predicted to reach $2.7 billion in 2015, from $2.05 billion registered in 2014.

August 2016: Until recently, Filipinos could gamble in licensed online cafes, as well as casinos, but President Rodrigo Duterte refused to renew the exclusive licence of the operator of more than 300 such cafes, PhilWeb Corp., after its permit expired on Aug 10, 2016.

Duterte in a campaign to end the influence of big businesses and war on online gambling with PhilWeb, makers of supplier of electronic gambling software, the first to feel it’s backlash, losing over 50% of it’s share value in just a few days of crackdown. While many online gambling licences come from the Phillipines, the president said he would stop online gambling operations and ordered regulators to revoke all licenses â€œsoon”.

Pagcor is also looking into the activities of the Philippines’ special freeport zones that issue licenses to foreign online gaming firms. The Philippines is the base for most Asian international online gambling operators, who hold licenses issued by its Cagayan economic zone. These operators, forbidden to accept bets from locals, have been allowed to keep operating. “Itâ€™s business as normal for now and is unlikely to be targeted”, industry executives and Pagcor said. “We are there to bring in foreign tourists and foreign dollars”

Online gambling not allowed, strongly restricted & controlled but despite tight restrictions, sports betting and gambling are very popular. The government does not seem prevent people from accessing foreign gambling sites.

There are no legal casinos in Japan but many pachinko parlours. Pachinko parlours are similar to arcade games found elsewhere in the world that are popular with adolescents playing games to win tickets and then redeeming them for prizes. Pachinko gambling is a big money business.

Singapore has blocked hundreds of offshore gambling sites and it has become a criminal offense to gamble online on an unauthorized site.

The traditionally uptight Asian city-state was in the news in 2011 to eclipse Las Vegas 2012 as the world’s second largest gaming destination after lifting a decades-old ban on gambling and opening two new casinos last year. At the same time, the government has enacted regulations that make it difficult for Singaporeans to gamble. This sounds like a battle of sharehold for Asia’s growing gaming tourism industry to allow gambling in Singapore.

Despite all forms of offline & online gambling, except state lottery, being illegal, international and local betting websites are easy to access and local authorities do not try to block them. Many online casinos including Bodog gaming sites accept Vietnamese currency and have localized UI.

Gambling is widespread in Vietnam, despite being banned, and millions of dollars often change hands during football matches. In the mid 2000s, Vietnam’s soccer betting market alone was estimated to be worth about $1 billion a year.

In March 2012, the Wall Street Journal reported: Vietnam is emerging as the latest Asian nation to loosen a straight-laced attitude to gambling, with the Finance Ministry saying it plans to legalize sports betting. The move, partly inspired by Singapore’s success in reinventing itself as a casino hub in recent years, followed discussions about easing restrictions on gambling in other major markets, such as Japan, and underscored the speed with which the gambling world’s center of gravity has shifted toward Asia.

South Korea has 16 casinos where only tourist can enter. The only casino that allows South Koreans to gamble is Kangwon Land Resort & Casino, located in the northern part of the country.

Gambling is regulated by multiple laws and though most of it is illegal Thailand offers 2 forms of legal gambling: horse races in Bangkok (which is usually addressed to high society) and the national lottery, which is a big deal all over the country and most people in the country can access.

Citizens of Thailand are able to play online and then visit personally the casinos from the neighboring countries to collect their money.

60% Muslim population under Sharia law that forbids gambling. Some legal forms of gambling exists though such as Online gambling.

Main gambling websites used by locals are licensed in Philippines and offer poker, casino games, sports, etc. and in Europe, which provide global coverage and a vast array of sports and casino games, like online slots, baccarat, blackjack, roulette or live casino and poker.

Cricket is the most bet on sport in India and most punters choose regional websites that provide easy payment options.

This is just a few points from my research. For more on APAC Gambling Markets, Game Design and Social Casino follow and contact me on SGN at https://www.betgeeks.com/members/sandratenstory-ca/profile/